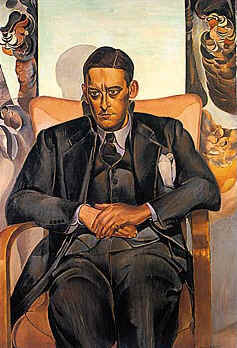 This app is Faber & Faber’s love letter to T.S. Elliot’s bewildering death-soaked modernist poem. What, you might wonder, could they do to convince people to pay £9.99 for a 400+ line poem you can easily read for free online?

The answer is pretty much everything. There’s the text, of course, and scans of the original manuscripts. There’s 6 different readings from the likes of Alec Guiness, Ted Hughes and Elliot himself. There’s extensive notes, photographs, and video interviews with wise folk including Seamus Heaney and Jeanette Winterson. Best of all, there’s video of a terrific performance of the poem by Fiona Shaw.  It’s an impressive haul, even if much of it is plundered from a 2009 BBC Arena documentary. Here’s a video from the developers Touch Press to explain it all

What we have, essentially, is the ‘DVD extras’ model of a tablet book – there’s the central piece of work plus a variety of added extras that aim to shed light on the work itself. It’s an approach that seems ideal for wilfully obscure modernist poems.

But what works really well here, and what justifies the price tag, is how well those extras are integrated with the text itself. Tapping on individual lines snaps the reading or performance to those words. Highlighting an explanatory note on the poem highlights the text concerned.  The overriding experience of engaging with The Waste Land is the challenge of getting to grips with it, and these extra features are perfectly aligned with that. The result is an app that seems more than the sum of its parts.  It understands that you are wrestling with the text, and it is basically designed to help you in any way it can.

I first read this poem about two years ago. I have no real education in English literature, but I am engaged in a doomed ongoing attempt to make sense of the early 20th Century.  Occasionally I expose myself to modernist works and try to understand that insane leap from the Victorian mind to that of the ‘Modern’. When I first read the text I was intrigued, but I didn’t understand it.  Having explored the app at length, I still don’t understand it. But I feel that I fail to understand it at a far deeper level than before.  This is, as I’m sure you’ll agree, a significant step.

What, though, does this app tell us about the emerging world of tablet books?

Well, the amount of video mounts up.  This app is nearly 1GB in size and, whilst I appreciate Moore’s Law, in a world of 16GB iPads that is an issue.  You’re not going to have a whole library of these things.  And most of the video, in the ‘Perspectives’ section, is at a tiny resolution in a little box – it’s only Fiona Shaw’s performance that is full screen quality.

There are a few niggles with the developers getting carried away with rotating the iPad as a form of function selection – something that is never intuitive. Should you be watching the ‘Perspective’ videos and turn the screen to see what happens, you’ll lose the video and turning the tablet won’t bring it back – you’ll need to return to the main menu and select it again.  But as I say, these are niggles rather than serious problems.

It’s another app based on a short, pre-existing ‘classic’ text – we’ll see this cropping up quite a lot as we talk about other tablet books.

Perhaps the most eye-opening aspect of this app is Fiona Shaw’s performance of the poem. It’s really good.  Where Viggo Mortensen’s reading, for example, suggests that he understands the poem about as well as I do, Fiona Shaw is clearly in a different league. She gets it, and watching her convinces you that the poem is worth the effort.

This raises the idea of author performance as part of tablet books. In a world where literary festivals and author readings are growing in popularity as publishers decline, it’s easy to imagine how video performances of author readings, integrated with the text in this manner, could be a big draw.

It will be interesting to see if any authors explore this route – or if the filesizes needed for lengthy video will prove to be a real problem.